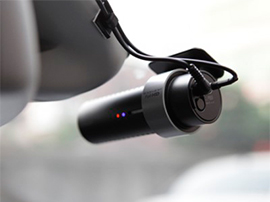 Have you ever found those online video clips of crazy drivers or whacky traffic cases? Ever wonder how they recorded or taped these seemingly freak moments?

BlackVue have introduced DR500GW & DR550GW the most advanced dash camera system from Blackvue to date. Offering high quality front and rear recording and the only system on the market to incorporate Wi-Fi, GPS and MAC compatibility – built in.

The reason why more driver are setting up BlackVue Dash Cameras in Australia?

Over the years, the Australian population has developed an important concern for the safe driving practices and also for the safety of their cars. People are now realising that dash cameras is a piece of equipment that is designed to protect not only themselves but their vehicles.

The BlackVue dash camera not only record while you are driving but will also record whilst your vehicle is parked. The BlackVue has a built in motion detection system so that when movement is detected in front or behind your vehicle the camera will wake up out of its stand by mode and record.

What are the rest of the BlackVues stand out features?
Here is a helpful guide we have created just for you!

What are the benefits?

There are several reason why car owners may want to have this equipment installed in their cars as dash cameras.

Will it be recommended that you have this kind of a device on board of a car? Certainly! The camera is your trusty honest witness that could “speak” on your behalf should something happen.