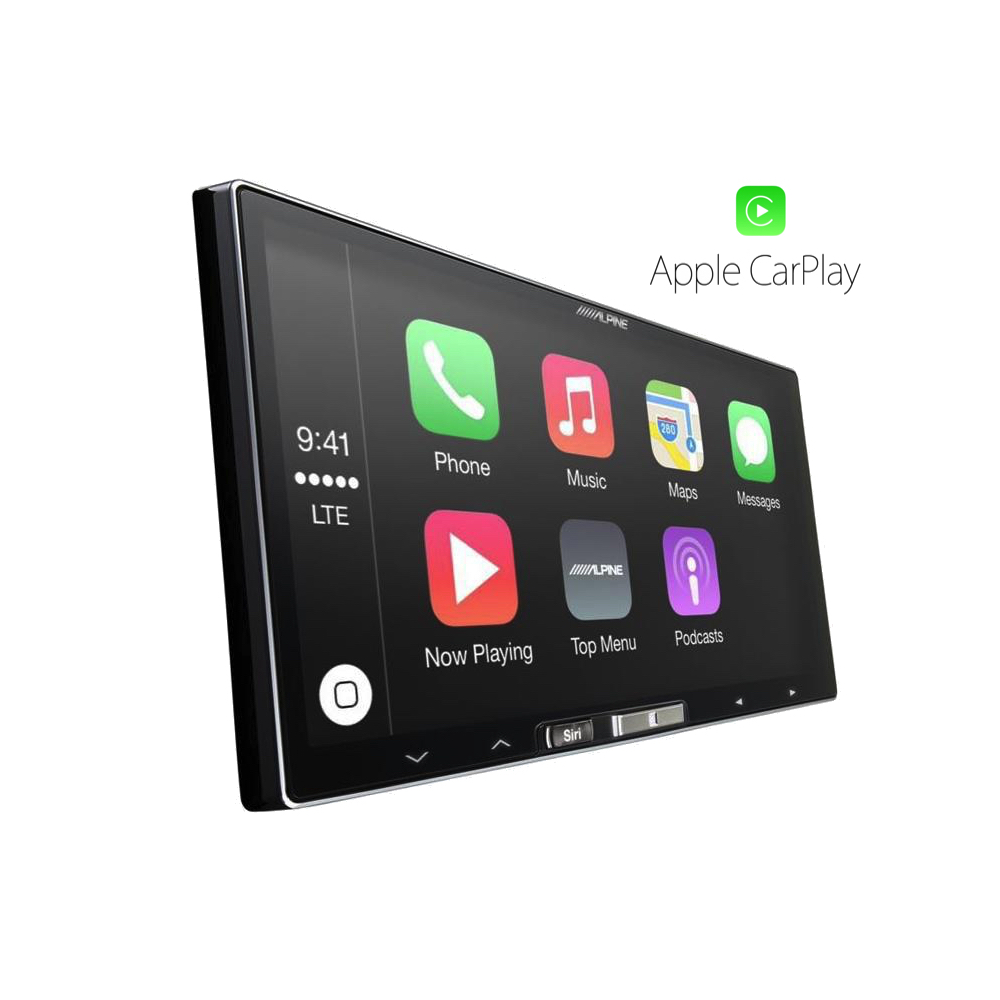 Christmas is fast approaching and the tech heads will be out in force looking for the next best thing for their car. We think this will be a winner. The iLX-007 is Alpines first unit compatible with Apple Car Play and it is set to release in Australia within weeks.

This new unit will be a completely mech-less unit (full digital media only, no cd) and is set to come in around the $1000 mark for the Australia market which is very competitive.

Noteable physical features of the new unit are its slimline mounting depth for easy installation which will be a god send for some car such as the BMW, which have limited mounting space. Along with the slimline size from the back we notice it has 3x 2v pre outs for audio expansion and reverse camera input.

The Apple Car Play software works seamlessly and gives you that “apple” feel when using it. Most functions are Siri controlled, such as the text message replying, but this really brings in a whole new level of driver connectivity while driving.

Alpine also combine the Apple Car Play with a few of their own unique features such as the TuneIt app and the Alpine MediaXpander for improved audio control giving it the final touch.

Stay tuned for the release which we should see sometime prior to Christmas.