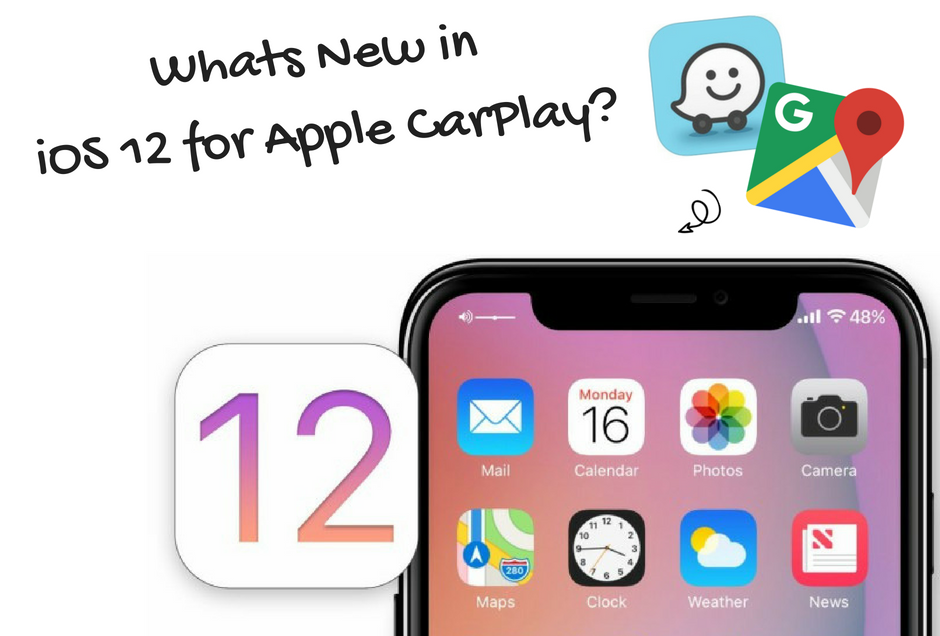 Great news for all you Apple users out there with good news on good news today in this video we are addressing two things, Apple CarPlay iOS 12 New Features & Fix for Apple CarPlay Cracking!!

Recently some users reported issues with Apple CarPlay crackling when on phone calls while plugged in with the USB to the CarPlay, this was reported on both Apple discussions boards and Reddit

The issue presented itself on both aftermarket stereo units and OEM manufacture units sporadically when using iOS 11.3 onwards, but great news this issue has now been addressed.

Great news overnight at the Apple WorldWide Developers Conference 2018 (WWDC) some great new updates were announced for the iOS 12 which is set to be released later this year around September, October allowing some great new 3rd party apps to be used…

We think you’ll be excited with the news 😀

Great news check it out: